This food-body connection is really a retraining of the head. Even more than losing weight, I really wanted to learn how to keep it off!  That is the big challenge… I’m sure I’ve lost a million pounds in my lifetime, and have gained a million two hundred pounds. 😩.

Well, for the past six plus months I have held steady… that is an accomplishment for me.  I’ve tried to wean myself off of daily weighing and from putting every morsel on a digital scale and logging into My Fitness Pal. I want my brain to KNOW when enough food is enough… and I want to be in control enough to STOP EATING ON TIME. Easier said than done.

However, In the past 6 months something has worked.  I’ve had times when I did overeat and times when I did under-eat. Somehow it balanced out. I’d be up 2 pounds one day, then down 3 pounds a couple days later. I always remained within a 3 pound window plus or minus.  I’m ok with that.  It seems my body is happy at my current weight.  So I don’t fight it. I did start another exercise program that I will blog about in a future blog.

Anyway, I had some mighty wonderful meals over the past month. One of them was this: 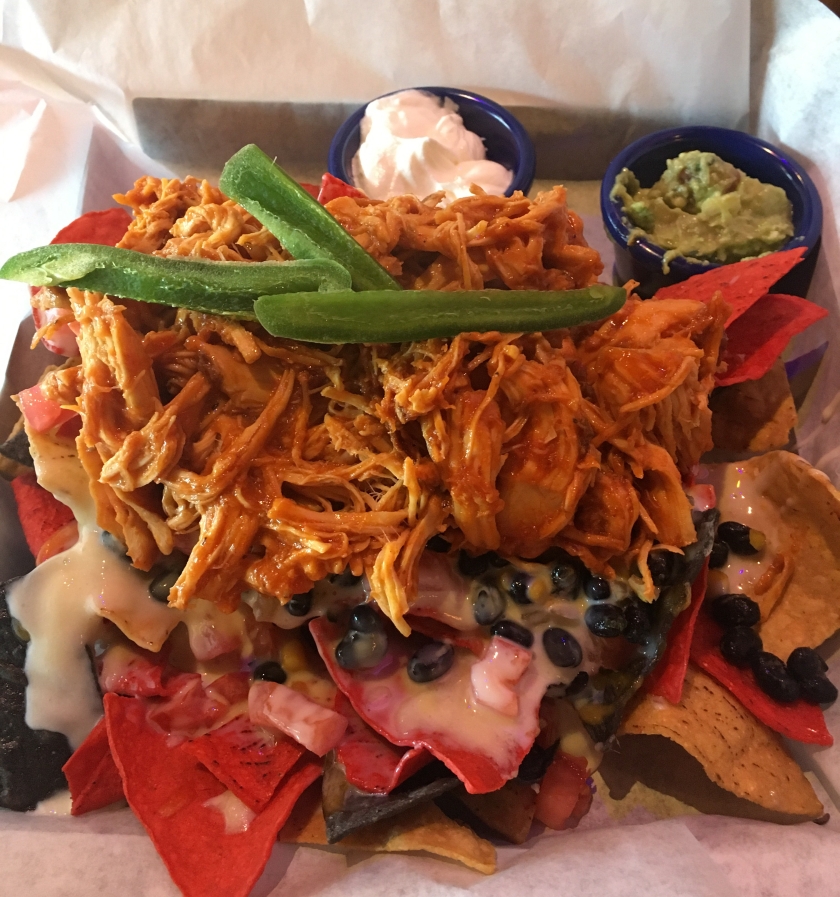 Barbecue Chicken Nachos from Cue Barbecue.  This was one of the most delicious things I’d had in two years. Great day!  This is definitely going on the treat-list.

Then, during a week of meetings for work I tried something that I swore I’d  ever eat – guess I was feeling adventuresome.  Yeah, I tried it:  Hot Chili Alligator from Henry’s Louisiana Grill …. it was good too; not fishy, not spongy, didn’t taste like chicken, didn’t taste like fish… tasted like…. alligator.🐊  I’m sure it being fried helped 👍🏽

Unfortunately, Henry’s was only 1 of several restaurant meals that week. By Friday, I literally didn’t want to eat anything and pretty much didn’t.

On Monday I ate lay out 1000 calories all day which included four types of vegetables (collard greens, turnip greens, cabbage, and rutabaga) and a lot of water, lemon water and tea.

(Aren’t they beautiful?) 😊… were delicious too!

Feeling better already. It’s crazy how my diet during that week made me feel so sluggish.

Anyway, all this to say, I think I see how this works.  There is no getting ON a diet and getting OFF a diet for me.  There is only food awareness and balance; knowing what’s going in my mouth and knowing when to stop. 🛑   Dang! Took me 50 years to learn that. 😒. Better late than never. ✌🏽