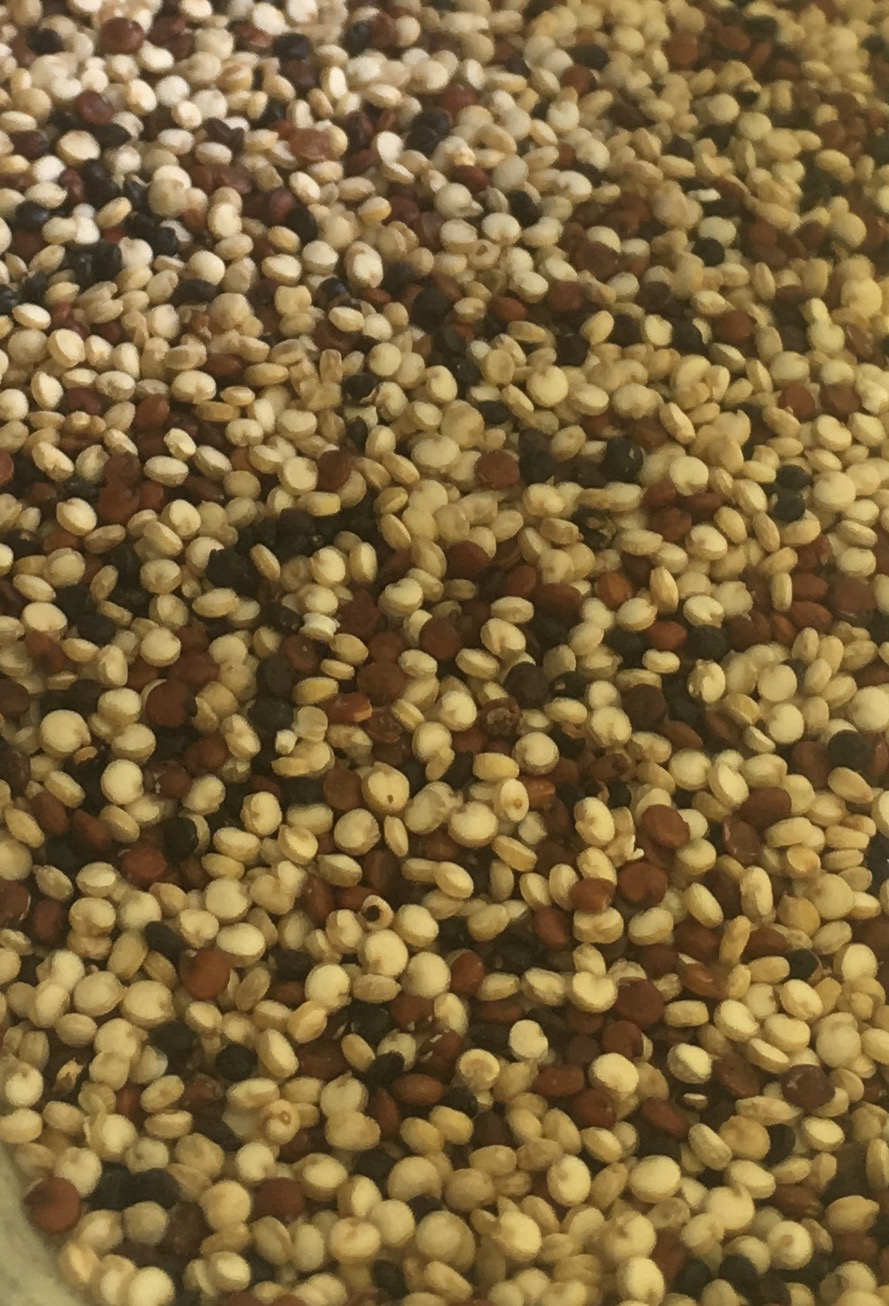 I’m not the most adventuresome when it comes to trying new foods.  Chances are, if it is slimy, looks like it will attack me as I eat it, or comes out of the ocean (except salmon and sometimes shrimp), I won’t mess with it.

Recently, I tried two new foods though… quinoa and riced veggies (cauliflower). Hmmm… interesting things I discovered about both.

First, the quinoa.  Was walking through Publix and saw this on sale and bought it. Read lots of good things about quinoa, good source of protein, and that it’s a SEED, not a GRAIN, therefore no gluten issues.   Who knew? (I didn’t apparently).

It looked fairly interesting in the bag, and I thought it would be a good way to ‘feel’ like I was eating pasta, but wasn’t so, I cooked it (just like rice) and surprisingly it was very delicious. The tri-color made it interesting  too.  I believe it comes in black, white and red, or so,etching like that.

So, I don’t know if it was because I was in such a hurry to try this on the first day or what but the second day I opened the container and saw this😳: 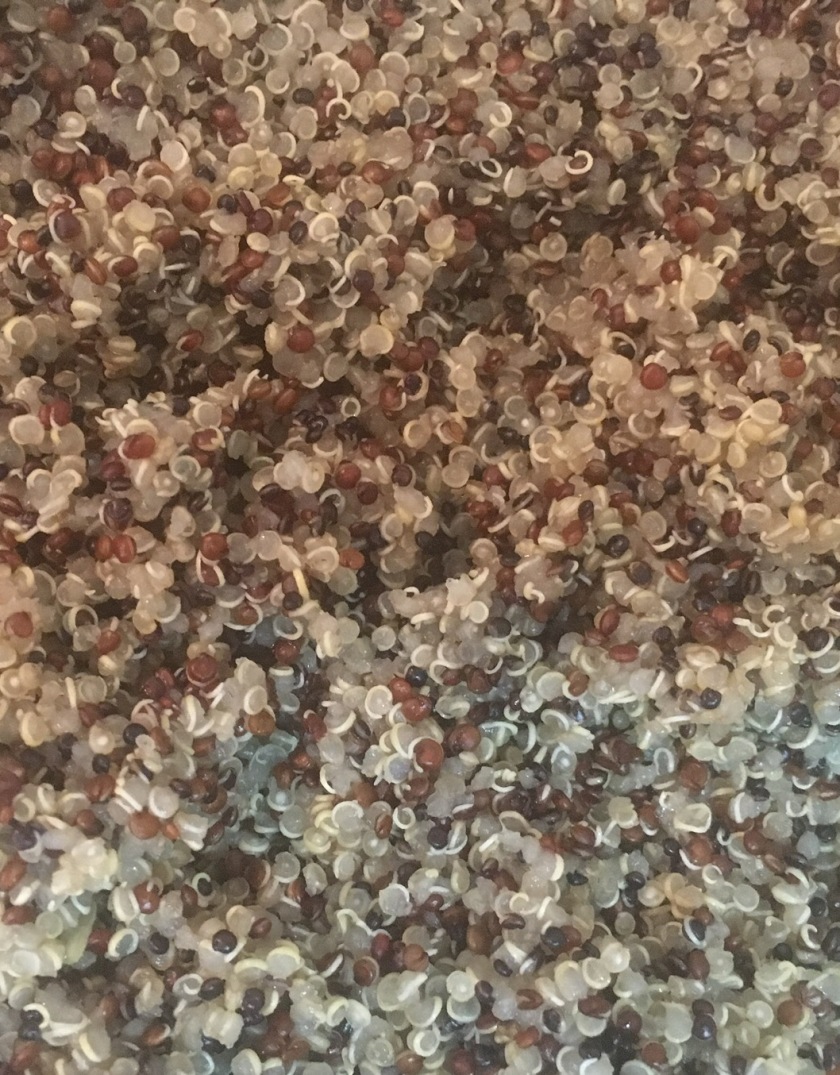 I started Googling like a mad women and discovered that the little wormy-looking things were actually sprouts… it’s a seed, so the cooking process causes the quinoa to germinate! OOOOHHHHHH! I get it now!   Found that to be quite interesting … so I continued to eat it and wasn’t grossed out at all…because it’s like sprouts … I can do that.

The next new thing I tried was Riced Veggies (cauliflower). I’d seen this online too but no way was I going to do all I saw in the video because cauliflower is not one of my favorite vegetables so I figured it didn’t deserve the labor involved in ricing it.  However, while at Kroger I saw this and thought! “Here’s my chance!”

If I liked it, it could be a good substitute for real rice, which I loooove (and rarely eat). So, it went home with me.  It was interesting for sure; looked like rice kind of too.  I cooked it easily enough and added my usual spices ( garlic, salt, pepper, cumin, etc.)  and it was surprisingly very good. 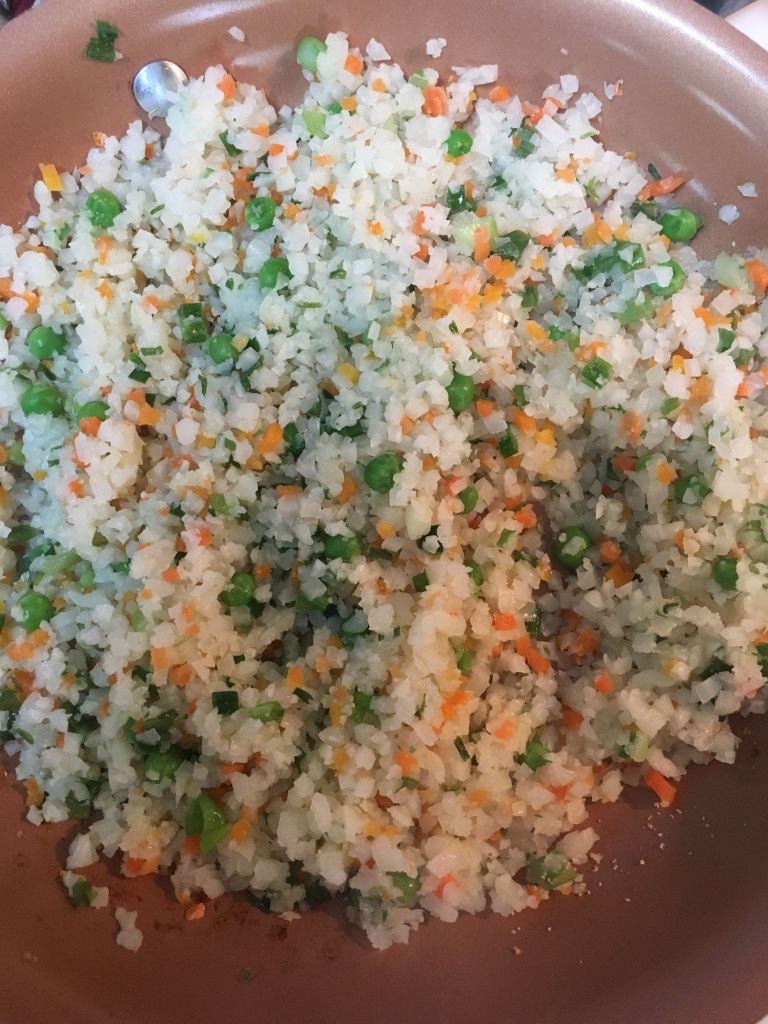 Now, I won’t say it ‘tasted’ like rice, however, there is something about the texture and look of it that satisfies (or maybe tricks) your brain to ‘think’ rice …. but only for 20 calories per cup.  I think I can do that too.  😎   There was a recipe on the back for Stir Fry Riced Vegetable.  Yum…I bet if you add some chicken to it, 😋.  I’ll let you know if I try it.

So, there you have it! I recommend both of these.  They’re definitely being added to my list of ‘regular’ foods I like.

3 thoughts on “I Tried These 2 New Foods”